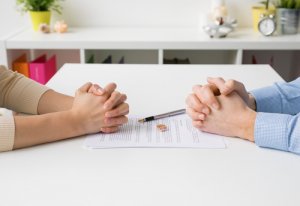 Selling A House After Divorce

The divorce rate in the U.S. has dropped dramatically over the course of the last 30 years.

Back in the 1980s, the divorce rate sat at about 50%. But today, it’s fallen to under 40%—and it appears as though it’s going to continue to trend in that direction.

There are still millions of married couples calling it quits every year, though. And divorce can cause all kinds of complications for people. From figuring out who is going to get custody of kids to deciding if selling a house after divorce is the right option, there are so many things people need to figure out.

Are you in the process of going through a divorce right now? Here are some of the top reasons why you should strongly consider selling your home quickly as opposed to hanging onto it following your divorce proceedings.

Helps You Avoid Fighting Over Who Gets to Keep the House

There are very few divorces that go smoothly. This is due in large part to the fact that soon-to-be ex-spouses have to make a number of big decisions when they’re getting divorced—and then figure out a way to come to an agreement on all of them.

As we just mentioned, couples who are going through a divorce need to figure out custody arrangements for their kids during divorce proceedings. They have to decide how often the kids will spend time with each of their parents and where they’ll do it. 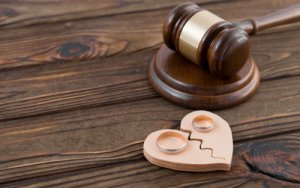 But that’s just one of many decisions that couples will have to make. They’ll also have to decide:

And of course, they’ll also have to decide which person stays in the house that a couple owned following a divorce.

Selling a house after divorce can remove this decision from the equation. A couple won’t have to spend hours, days, and even weeks arguing over who is going to get to keep the house that they lived in together.

Instead, they can sell the house and split the profits from the sale of it. It’ll go a long way towards preventing unnecessary arguments during the divorce process.

Prevents You From Not Being Able to Pay for the House 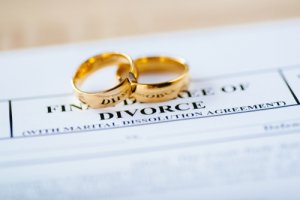 There are some couples who will fight and fight and then fight some more over who gets to live in a home following a divorce and drag the divorce process out. In the end, a judge will then be forced to rule in favor of one party over the other.

That person is not always the winner, though. There are many times when a person will hang onto a home after a divorce only to realize that they can’t afford to live in it by themselves.

That person will struggle to pay the mortgage on the house as well as the taxes. They’ll also have a hard time keeping up with home repairs and maintenance when they’re living on one income instead of two. It can cause them to fall behind on their bills and hurt their credit score in some instances.

If you want to avoid finding yourself in this scenario, selling a house after a divorce is the best option for you. You won’t have to worry about living in a home that you can’t afford to live in following your divorce proceedings.

When you were first married, you and your spouse may have chosen to buy a five-bedroom, four-bathroom house with a big backyard and a finished basement because you knew you both wanted to have lots of kids.

But now that you’re divorced and never got around to having kids with your ex, it no longer makes sense for you to live in such a big house. You would be better off living in a smaller home that’s easier to maintain.

By selling your house after yoor divorce, you can find a house or even an apartment or condo that is more conducive to your current lifestyle as opposed to the one you were planning with your ex.

Provides You With a Much-Needed Fresh Start

If you choose to live in a house that you shared with your ex following a divorce, almost everything in the house is going to remind you of them.

You can get all new furniture and redecorate if you want. But you’re still going to find that you think of your ex and the memories you made in your home every so often.

By selling a house after divorce and moving somewhere new, you’ll give yourself a fresh start so that all those old memories don’t continue to haunt you. You won’t think of your ex when you walk into the bedroom you once shared or the kitchen you once cooked in together.

You can start to make new memories in a new home. It’ll make it easier for you to move on with your life in the aftermath of a divorce. 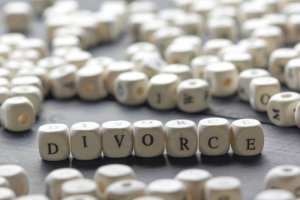 Selling a house under normal circumstances can be stressful. In fact, most people will tell you that selling a home is one of the most stressful things they’ve ever done in life.

This might lead you to believe that selling a house after divorce will be, without a doubt, the worst thing ever. But if you’re able to work with a reputable cash buyer, you can make it so much less painful than it has to be.

We can give you a cash offer for your home and make it easier for you to work your way through a divorce. It’ll be one less thing you have to be concerned about in the midst of an otherwise emotional process.

Contact us today if you have any questions about selling your home for cash.

Where We Buy Houses